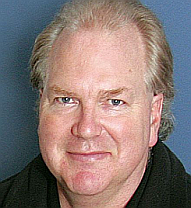 
Dr. Wilfred Jefferies is a Professor at the University of British Columbia where he has been conducting research and mentoring students and post-doctoral researchers for over 25 years. He originally obtained his Bachelor of Science in Biochemistry from the University of Victoria and then moved to the University of Oxford in the United Kingdom to study at the Sir William Dunn School of Pathology, where he obtained his Doctor of Philosophy, focused on Molecular Pathology and Immunology. He subsequently completed post-doctoral research at the Institut Suisse de Recherches Expérimentales sur le Cancer in the L’École polytechnique fédérale de Lausanne (EPFL) in Switzerland and later conducted research at the Ludwig Institute for Cancer Research (LICR), in the Karolinska Institute in Stockholm, Sweden. Professor Jefferies is currently a Principal Investigator of the Michael Smith Laboratories at University of British Columbia, and the Vancouver Prostate Centre (VPC) at Vancouver General Hospital (VGH) where he is the Head of Immune Oncology. He is an author of over 100 peer reviewed manuscripts including pioneering studies discovering the interrelation between immune system escape and cancer progression as well as describing the link between blood brain barrier permeability and Alzheimer’s Disease. He is an inventor and patent holder of technologies that form the basis of several biotechnology companies currently active in Canada and the USA.